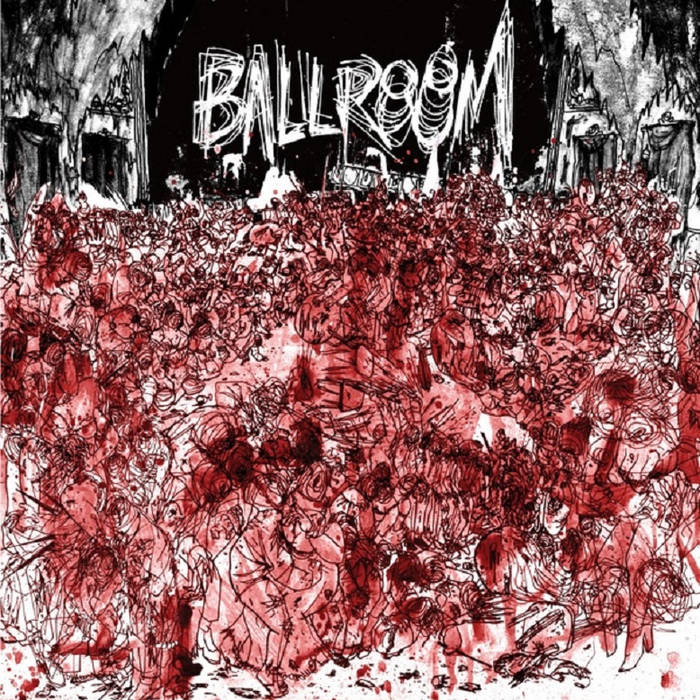 On their debut 12” EP for Ever/Never Records, New York City’s Ballroom explode out of the gate with a whirlwind fury. Anchored by a tornado of vicious snare drum thwacks and excoriating guitars, “Corridor” is a threat made manifest by singer Eric Cecil’s warnings to “not let the sight disturb ya.”

Ballroom are a powerful ensemble assembled from scattered remnants of other notable bands. Cecil (who also plays guitar) did time in Chicago punk standout Busy Signals, and has featured in numerous NYC bands since his relocation. The other axe-slinger, Kristian Brenchley, is a founding member of long-running scum rockers Woman, and also lays down the bottom end in Ever/Never labelmates Degreaser. Ballroom low-end is provided by Home Blitz’ Theresa Smith, while the drums are beaten into submission by Steven Fisher, leader of Wilful Boys and Dozers.