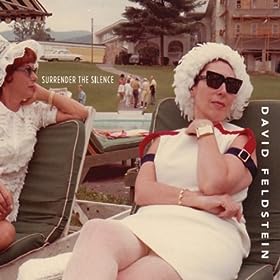 After 20 years on pause, David Feldstein has finally crafted his debut album to represent his love of guitar-driven rock interwoven with catchy hooks and folktronic rhythms. Raised in Chicago and exposed to the burgeoning 90’s scene, David wanted to take his influences of Smashing Pumpkins, Urge Overkill and others and meld them into his own unique sound. These song structures and riffs have been bouncing around his mind for two decades. Surrender The Silence is David’s effort to showcase those ideas while trying to express something that is uniquely his own. The title track’s wall of overdriven electric guitar is in juxtaposition to the acoustic arrangements of “Grand Inspiration” and the folktronic beauty of “Gravy Train.” Having a work that is uniform was the antithesis of David’s motivation. David sought to highlight his many influences and express the core value of guitar-driven music with which he was raised. “There’s something about cutting a solid album where each song is different and unique that intrigues me.” Using some public domain speeches as a backdrop to the music give the tracks a textural flair. This album shows the listener where David Feldstein has landed after so many years.