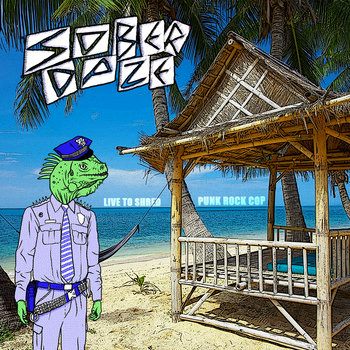 Austin based punk band Sober Daze have released a music video for their new song “Live To Shred”, the first single from their forthcoming split 7” with Knockin’ Chucks, coming in April from Dazed Records. “Live To Shred” is a fast paced skate anthem for the ages; an ode to the insatiable urge that pulses in the veins of skaters everywhere.

Sober Daze was born in Puerto Rico in 2002 by friends Peter Figueroa, Alex “Korn” Rivera, and Chris “Fatty” Bourcy. Fresh out of high school, the band set their sights to the proclaimed “Live Music Capitol of the World”, and relocated to Austin in 2003. Sober Daze garnered early support from other bands in the Austin punk scene, opening their first Austin show for the Lower Class Brats, and building friendships with Krum Bums and The Applicators. In the years since they have made their name in the Austin by throwing punk rock house parties with half pipe ramps, and playing shows across Texas and the US with bands like The Vandals, Reagan Youth, Angry Samoans, and The Freeze. Now a 4-piece, with the addition of Alex “Rager” Loughborough on guitar in 2013, “Live To Shred” is the testament of band that refuses to stop having fun.

You can catch Sober Daze in Austin during the SXSW music festival, playing the Punk Vs. Rockabilly and Eastside Throwdown showcases. Pre-order their new split 7 inch (with Knockin’ Chucks) now.