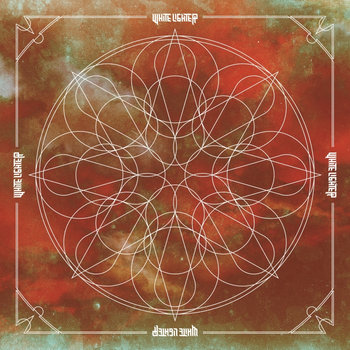 With riffs that easily translate between the languages of classic, modern, and alternative rock, White Lighter features a team of people that have collaborated before, but not quite in this way.

Steve Dail’s bass and guitar compositions are both brute and melodic, with rhythm and song combining effortlessly, while Mark Salomon has once again crafted a lyrical and vocal character that strikes where it matters. Andy Prickett guitar lines are present throughout, swinging things wider than can be predicted, and beats provided by David Brotherton and Trey Many feel pocketed and heavy with bodily force.

Production overseen by Jason Martin, a mix by J.R. McNeely, and mastering by T.W. Walsh make this a listen that is as much of an experience as the words and music are themselves. Vinyl purchasers will be treated to a visual experience as well, provided by Ryan Clark.