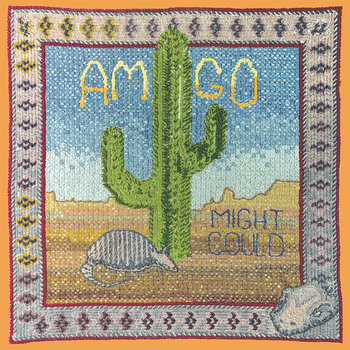 AMIGO consists of band members Slade Baird (guitar,vocals), Adam Phillips (drums, vocals) and Thomas Alverson (bass guitar). The 11 original tracks are a masterful blend of Americana, blues, honky-tonk and rock and roll, with tasty layers of pedal steel guitars, horns, pianos and organs.  It is not easy to label this band with one genre of music. From the pedal steel driven opening track “Where Have All the Bad Times Gone?” to the toe tapping, Fogerty inflected closing track “Good Luck,” the band’s new album  Might Could will appeal to fans of bands such as Wilco, The Flying Burrito Brothers, The Band and early Whiskeytown.