The Anchor Windlass formed in Minneapolis in the fall of 2009 with Anton, Danger, Gabe, and Max Peters.  In the summer of 2010 Max left the band and Minneapolis to live in a town with a much worse music scene, but better lakes and school systems.  Shortly thereafter, Nick Johnson was recruited to play lead guitar and tell us on what gear to buy.  Since then The Anchor Windlass has played a whole slew of gigs around the Twin Cities with a whole host of really rad local bands.

Thanks to the guys for hiring GGR to press the band’s debut LP, Fair Winds and Following Seas — we just shipped them out this week, so be sure to stay tuned to the band to grab a copy. 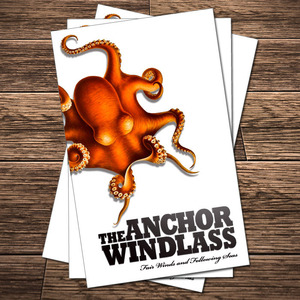