Ghost Ghost are an amazing 3-piece from Brooklyn, NY. We’re big fans of them, their music and their approach to the creative process. Their album release party for their first vinyl release, Of Innocence and Experience, is tonight at the Public Assembly in Brooklyn, NY. Also be sure to check out their digital release for the RPM Challenge, an entire album based upon the works of Edna St. Vincent Millay. Their responses are somewhat lengthy, but definitely enlightening for bands looking forward to releasing vinyl.

Why vinyl?
We wanted the experience of this album to be special in as many ways as possible for our fans. There is something unique about vinyl that is not limited to just the way it sounds. We love the physicality of records. The way they feel when you hold them, they way they look, even the way they smell. We feel the same way about records that some people feel about books. You can get the same content in a digital format, but there is something indescribably more pleasing about holding and interacting with the physical analog object. 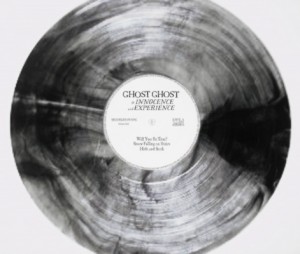 Who did your album artwork?

A very talented friend of ours named Charlie Kemmerer. He’s a painter who lives in Brooklyn and actually paints live on stage with us at every show. One of our goals as a band is to explore the possibilities of truly multi-media presentation. For that reason and because we just really love his work we try to involve Charlie in as much of what we do as possible. Doing a 12″ record also gave us a brilliant way to show off what he can do.

Audio-quality-wise, what were the differences in considering an analog vs. digital release (feel free to get as audio nerdy as you’d like)

That’s an interesting question because we hadn’t yet decided on release format when we began recording the album. That’s one of our regrets, because I don’t think the quality of our recording represents everything that is possible with analog — though we think the finished product sounds really beautiful, I’d like to push the envelope even further. We’ve talked about recording an analog album all the way through. That means tape and splicing, analog console, everything. Why? Because it really is special. If you spend as much time listening to older records as we have you can actually hear the change in production quality that happened when studios switched from analog to digital consoles. And then again from analog tape to hard-drives or from outboard gear to plug-ins. It’s an aesthetic difference that is harder to measure than something more objective like signal to noise ratio. But it’s there and it’s important. That’s not to say you can’t record an album yourself at home in a digital studio and then have it cut and pressed to vinyl and have it sound terrific– you can. That’s exactly what we did. We didn’t pay a penny for studio time or mixing. We did that ourselves. We decided we could make a bigger impact and get a better product by taking our limited funds and investing them in mastering and making a record. It definitely doesn’t fit the old model of putting out an album. But I think it was exactly right for us, our fans, and this project.

How much did you know about the process of pressing a record before actually doing it/ what do you know now that you wish you knew before?

We didn’t really know anything about the process when we started, but we’ve learned a lot along the way. There are some helpful websites out there that can outline the process but we learned the most from just talking to people in the industry. Gotta Groove in particular was really patient with us and took the time to help educate us and make us feel comfortable every step of the way. That was one of the best parts of the experience.

Another highlight was the suggestion given to us by our mastering engineer Alan Douches (from West West Side Music). He suggested the lock-grooves that appear on either side of the album. Those are loops with music in them that will hold the needle and keep the record playing indefinitely. We love that idea and they way it came out, because it represents something that actually can’t be done on a CD or MP3. That’s pretty special and adds to the experience.

As far as what we wish we knew at the beginning was how much time to budget for contingencies when planning our record release. Making a record is a highly technical manufacturing process with a lot of stages and it takes a lot more coordination and time than pressing CDs. We missed out on having records with us at SXSW and that was because we hadn’t started the process early enough. 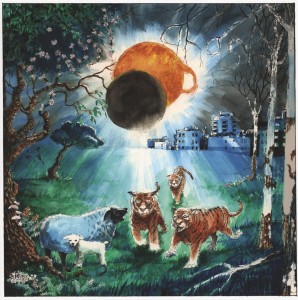 Where can folks get the album?
It’s available for order online at http://store.ghostghost.net and of course it will be for sale at all of our shows.

Anything else?
The Gotta Groove Records party at SXSW was a blast, thanks again for inviting us. I hope it happens again next year, and even more people get to check it out.

We also hope more folks by turntables and that the younger kids just coming up find a way to get interested in them. We have a policy of providing free record copies to first-time turntable owners. It’s just honor-system. But we think it’s important to support the technology.

We’d love to actually work with a turntable vendor or create our own site where you can sign-up for free records if you buy a turntable. Maybe we could revive one of those 10 LPs for a penny programs that I got so in trouble with as a kid or a DIY record-of-the-month subscription service.

— This is a new feature we’re trying out, we’d love to interview any bands or hear your feedback, what would you like to know? Please leave a response or send an email to tyler @ gottagrooverecords.com