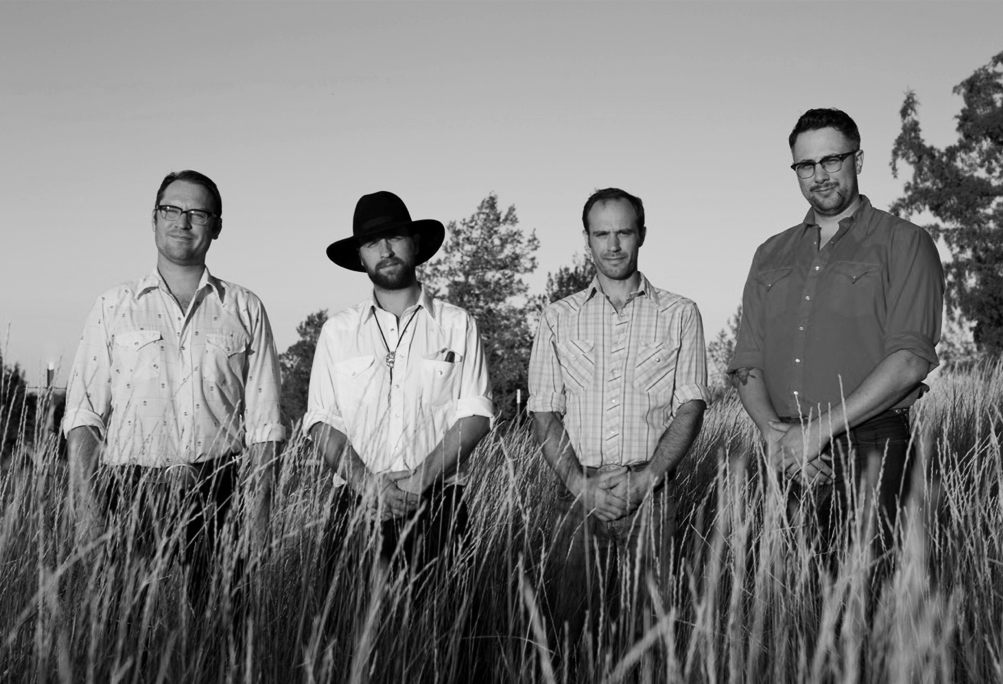 The Lonesome Billies shoot from the hip with their own take on a classic country sound that has been described as “boot stomping, gator hootin, whiskey swilling music”. Four men from the badlands of Hazel Dell who have stuck together from their early days and have developed a bond akin to brotherhood, all while playing unapologetic dark and dusty honky tonk music.

Like the outlaw singers and guitar pickers who came before, these fellas tell stories, playing a mixture of songs both capable of starting a whiskey-fed bar fight or a Texas two step. The Billies embrace the DIY, anti-establishment ethos of 70’s punk rock and outlaw/honky tonk music, playing original music born out of their unique experiences. Four life long friends who grew up listening to the likes of The Ramones and The Clash make for a loose, rough and tumble approach to country music.

The band was formed by Clayton McCune (lead vocals, guitar) and Jeff Gaither (lead guitar, vocals) as a two-piece in early 2010, but quickly evolved; adding longtime childhood friends Mike Scheidt (bass, vocals) and Glen Scheidt (drums) to round out the four-piece. “From seeds to tumble weeds” the Billies grew up together in Hazel Dell, Washington and have been in and around the Portland music scene for many years. While much of their music is dark in it’s subject matter, the foursome is known for their fun, energetic live shows. Sighted influences include: Willie Nelson, Merle Haggard, Waylon Jennings, Johnny Cash and Hank Williams along with more contemporary country musicians like Whitey Morgan and Sturgill Simpson.

Their LP, It’s Good To Be Lonesome will be available on vinyl very soon!