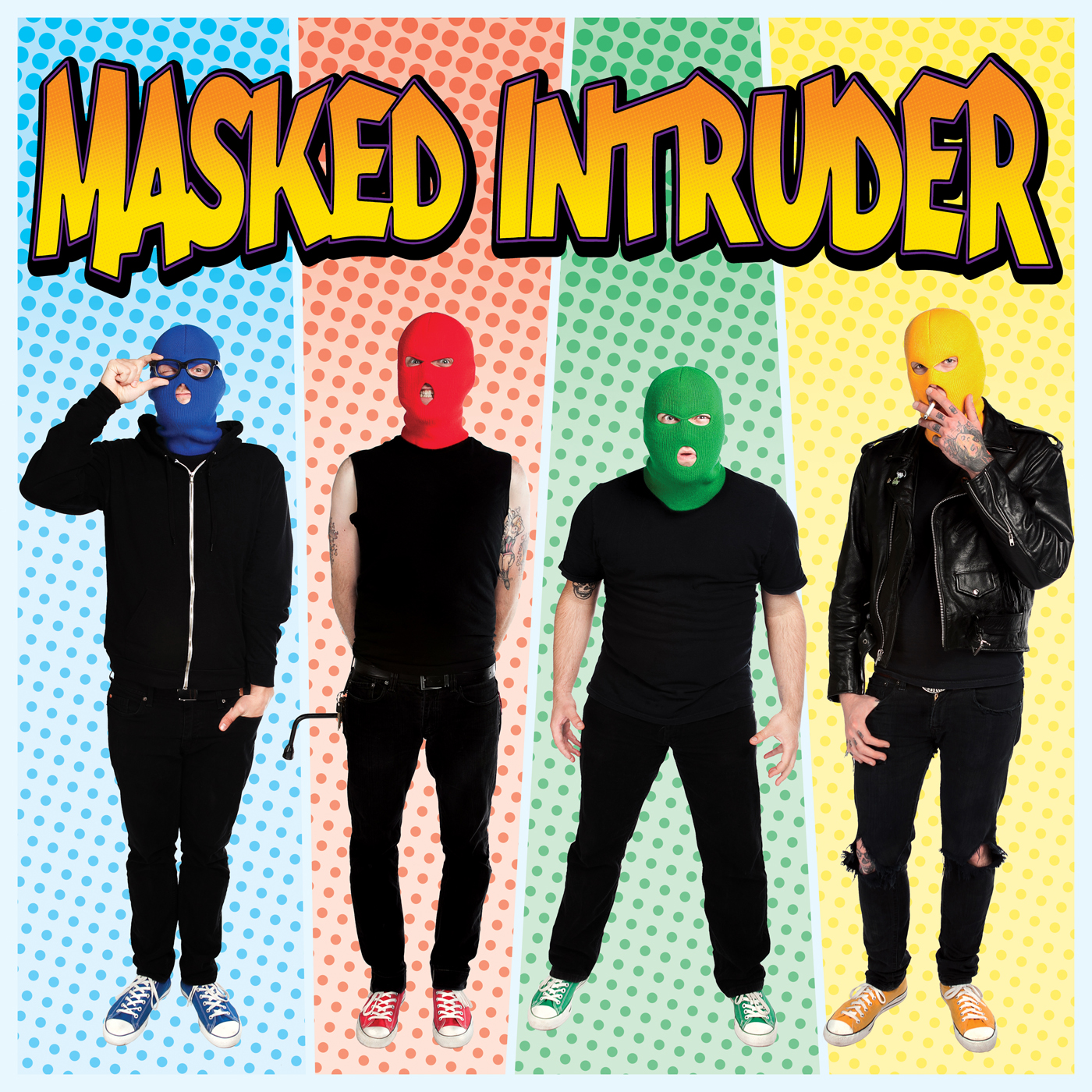 Masked Intruder are four masked men: Blue (self-described “hopeless romantic” and probably the brains behind the operation), Red (said to be a “loose cannon”, plays drums, the wheelman), Yellow (the “heart breaker” that plays bass, so you know he’s a goon), and Green (renowned “wild man” and extra nasty due to a short guy complex). Their identities are largely unknown, but the Feds claim to have quite a file on this quartet. There’s a few known accomplices too, such as Intruder Pink, who makes an appearance on the duet, “Heart Shaped Guitar”. Don’t let her melodious voice and fine figure fool ya, she’s a cruel maneater. Allegedly.

Grab the new LP from Fat Wreck Chords in January!