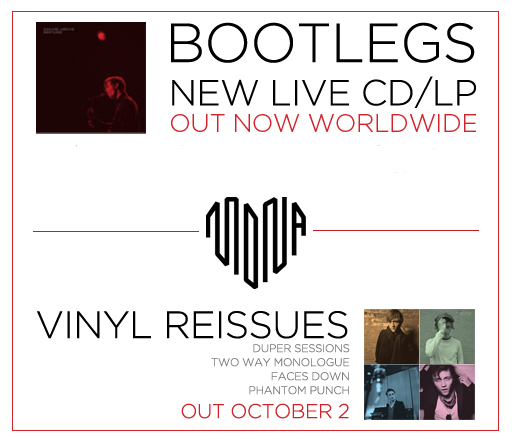 After twelve years of being disappointed by professionally recorded live shows Sondre Lerche had almost given up on trying to capture the rawness and chaos of his performances. But hearing this live show recorded in his hometown of Bergen, he knew his sound engineer Erik Freding had done it–“this is as close to the feeling of actually being up there on the stage as I’ll ever get on a record,” Sondre. And so in honor of his 30th birthday and after ten years of recording albums, Mona Records is proud to release the first official live Sondre Lerche album Bootlegs.

Also, be sure to watch for the first time vinyl reissues of Duper Sessions, Two-Way Monologue, Faces Down, and Phantom Punch – all streeting on October 2.