Already Gone is the second full length album from West Coast dream-drone unit En, the duo of Maxwell August Croy and James Devane, following their well-received debut album The Absent Coast (released in 2010 on Root Strata, which Croy runs alongside Jefre Cantu-Ledesma). For their sophomore release, the pair have opened up their tonal palette considerably. While the comparisons that critics made of their first album to the work of Tim Hecker and Stars of the Lid still hold true, Already Gone finds Croy and Devane mining even richer sonic climes. Here, the duo pull back the curtain on some of their source material, a move that allows the diversity of their instrumentation to resonate. On The Sea Saw Swell, Croy’s acoustic koto pings across the stereo spectrum as a looping guitar figure from Devane apparates from the haze of a beautiful, slowly shifting drone. The side-long closer Elysia is likely the duo’s defining recording to date, an epic slow-burner that reaches heights both angelic and cacophonous. Ultimately, it is the harmonious marriage of the organic and the obscured that recurs throughout the album that proves its defining trait, and it is precisely what makes En stand out in the ever-growing field of contemporary drone/ambient musics. 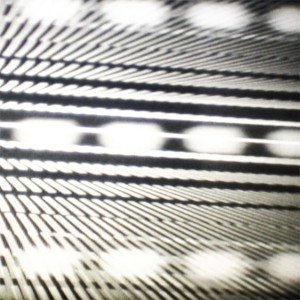