Andy the Doorbum has been making music for over ten years, as well as making visual art, writing zines, working at the World Famous Milestone Club for six years, touring extensively, making his own merchandise, and preparing for the apocalypse. He has recorded four EPs and four full-lengths that have never seen the light of day; and has released three splits, one EP, a cassette tape, and three full length albums. He also contributed to several compilations including Another Merrie Kinnikinnik, the Shuffle Magazine Valentine’s Comp, and Piedmont Hellstompers.  His tour history has consisted of playing anywhere possible: from dance recitals to library openings, barns, baby showers, basements, skate parks, Italian Heritage Festivals, and events as small as house shows, to a World Music Festival attended by 3000+ people (performing as a member of Etran Finatwa from Nigeria). He has also toured with and also been a member of Cryptorchid Chipmunk, The Emotron, PPR, 2013 Wolves, Morbid Toothbrush, FleshHouse, IYF PoRK, Pangolin Wasser, and Appalucia; and recently collaborated on a recording with Mack Johansson (from Sweden) of the group Hyacinth House. Alongside these endeavors, he has been actively recording his own projects, including this new double LP – The Man Killed The Bird, And With The Bird He Killed The Song, And With The Song, Himself – available now, only on vinyl. 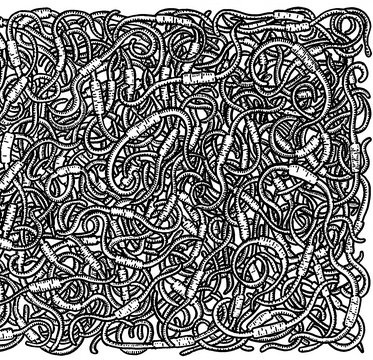