The Graduate‘s Horror Show is their first EP, and first release ever.  The record was written and recorded in just 3 short months, and it features the first 6 songs the band ever wrote including early versions of “Sit & Sink” and “Justified” (which later appeared on Anhedonia). After much demand, the record is finally available on vinyl for the first time!

This pressing was limited to 250, and is available directly from the band now through January 15, 2012! 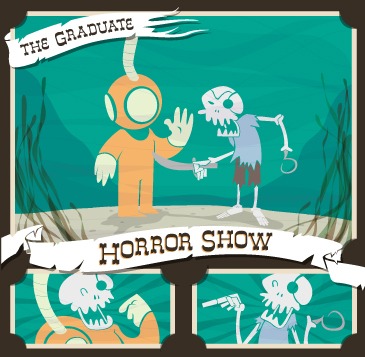