Made in Aurora is a series of collaborative album projects spotlighting the musicians and songwriters of Aurora, Illinois, and its surrounding area. By bringing area talent together and cultivating a stronger audience for local music, we hope to nourish our own communities and create an ever more fertile environment for the arts.

Made in Aurora is the brainchild of Steve Warrenfeltz, who spends a lot of time talking with area musicians in his record store, Kiss the Sky Records, in downtown Geneva, Illinois. Albums in the series are released in “dual format,” with both vinyl and CD included in one package.

Made in Aurora: Volume Two is a holiday album featuring both original music and new recordings of a number of seasonal favorites. Its 16 songs cover a wide variety of American musical styles including blues, country, pop and jazz. The album owes its genesis – and its City of Lights moniker – to songwriter Jeremy Keen, who independently produced three previous City of Lights holiday collaborations before Made in Aurora came to be. Over a cup of coffee last August, Jeremy suggested that the fourth City of Lights project should also be the second Made in Auroraproject. It just seemed right.

Volume Two was recorded, mixed and mastered in September 2011 by Kyle Schmidt at Backthird Audio in downtown Aurora. A total of 47 musicians contributed to the project, which was produced by Benjie Hughes. Lisa Gloria created our cover art from an idea by Steve Warrenfeltz and Dee Ciavarella, and Anna Hammond and Lisa Danielson both contributed to layout and design. We have an amazing team of volunteers to thank for all publicity. You’re probably reading this because of one of them.

The album will be released on November 25, 2011 – affectionately known as “Black Vinyl Friday” – exclusively at Kiss The Sky Records (301 W. State St., Geneva). A portion of the profits from this release will again be donated by Kiss The Sky to the Paul Ruby Foundation to support research on Parkinson’s disease. 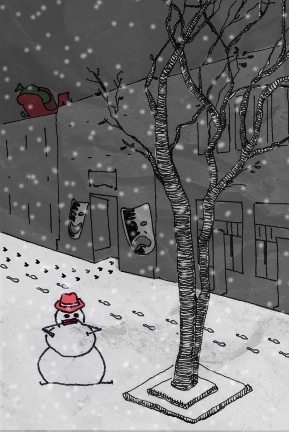