The first new Urge Overkill album in sixteen years, Rock&Roll Submarine marks the return of the 90s alt rock stars to the music world.  The album streets in the U.S. on May 10, and will be available at indie stores everywhere.  Can’t wait until Tuesday?  You can pre-order a copy through Urge Overkill and get instant access to a digital copy!

Urge Overkill spent 1996 in seclusion as they attempted to regroup. By the end of the year, tensions between members Nash Kato and Eddie “King” Roeser had escalated, resulting in Roeser’s departure from the band. Kato and Onassis continued on as a duo, leaving Geffen for 550 Music in early 1997. As the band was preparing its first album for 550 Music, Roeser was replaced with guitarist Nils St. Cyr. However, unhappy with the results, the label soon dropped them, upon which point Urge Overkill disbanded. Nash Kato released his solo debut, Debutante, in early 2000. In 2011, the band, which includes Kato and Roeser along with newbies Bonn Quast (drums) and Hadji Hodgkiss (bass), concluded production on Rock&Roll Submarine. 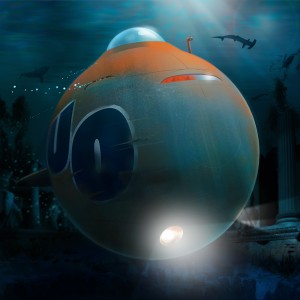