John Grant‘s Queen of Denmark was Mojo Magazine‘s 2010 Album of the Year!  So, the fine folks at RedeyeUSA (and Bella Union) were kind enough to set up the the album for official release in the U.S.  This double 180 gram LP will be available for the first time in North America at indie retailers nationally on May 10.  Be sure to hit up your local store to grab one! 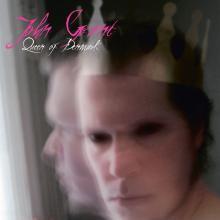