Confetti, the life-affirming debut from Chicago’s quintet, A Lull, grabs your attention from its first explosion and deconstructs you further with each subsequent, colorized blast. The band has spent glorious ages supplementing layers of guitars, bass, electronics and vocals by banging on drums (as well as recording rustling bags of trash, throwing bottles against walls and pounding away at anything in sight), eventually coming to the cacophonous percussion and everything else wall of sound that makes Confetti’s sound unmistakable. The fervor of these endlessly layered, volatile songs is cooled by the voice and lyrics of Nigel Evan Dennis, who covers the grandiosity of each track with his emotionally entangled lyrics. Though the aural tone of Confetti is one of almost overwhelming joy, a sense of longing and regret is palpable between the lines. It’s as if every song is being sung to the face of a loved one at their breaking point. Though their sound is unmistakably their own, the concise romanticism harnessed by A Lull can at times conjure the songwriting ethos of Bon Iver, the instrumental indulgence of Sufjan Stevens or the garishly sensual emotional lift of Explosions In The Sky. Confetti’s sense of hope and musical perfection captivates. 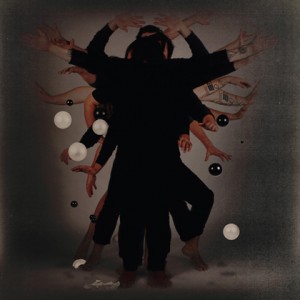