Funded by a Kickstarter project, rock cellist Gordon Withers booked Gotta Groove to press his new 12″ LP consisting of 6 original compositions and 5 covers.  If you are not familiar with Gordon, check out his 2007 release of cello versions of Jawbox songs (originally released as a benefit for Jawbox’s founder J. Robbins’s son, Cal, who has Type I SMA).  The detailed cover art was drawn by hand with an ink pen by Pittsburgh artist David Gonzalez: 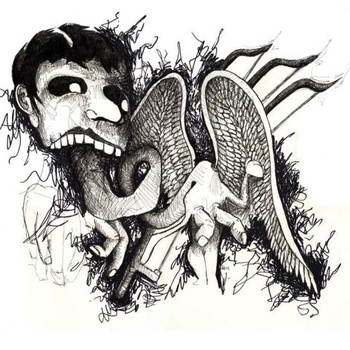 Go to http://gordonwithers.bandcamp.com/ today to pick up a copy!